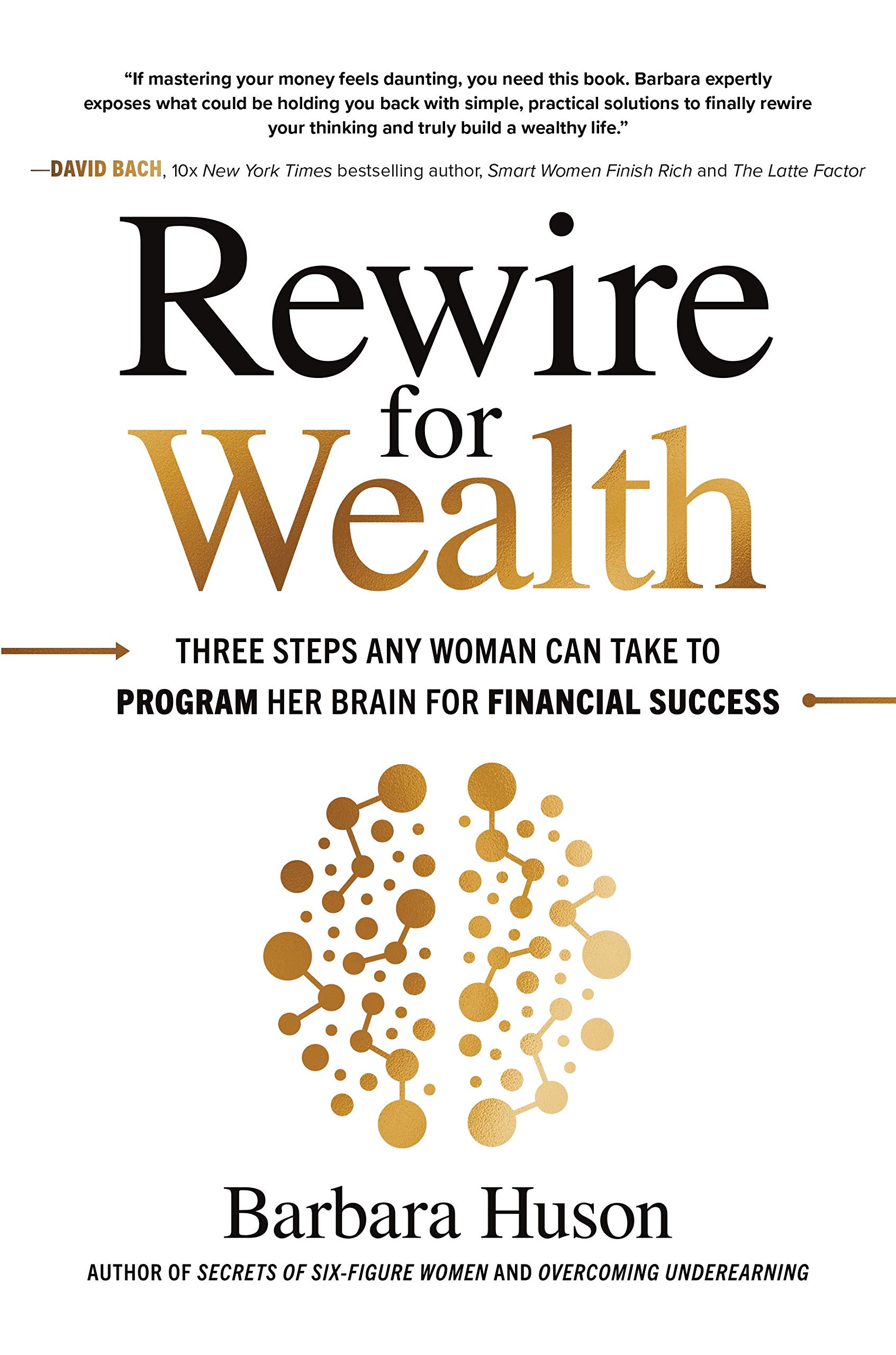 “The men in her life had always handled Barbara Huson’s money: First her father (the “R” of H&R Block), and then her husband, a stockbroker who turned out to be a compulsive gambler. When tax bills arrived for over $1m for his illegal deals, her ex left the country, her father refused to help, and Huson―who’d always been “scared and intimidated by money”―realized she had to grow up financially, fast.

Since that dramatic financial wake-up call, Huson has devoted herself to learning everything there is to know about women and money, and in Rewire for Wealth she goes to the very core of the disconnect between the two: According to multiple studies, women’s and men’s brains process information differently―and that has a profound effect when it comes to money. (Men, for example, view investing as a challenge; women see it as a threat.) Fortunately, you can “un-learn” previous bad lessons―and train your brain to process differently.”